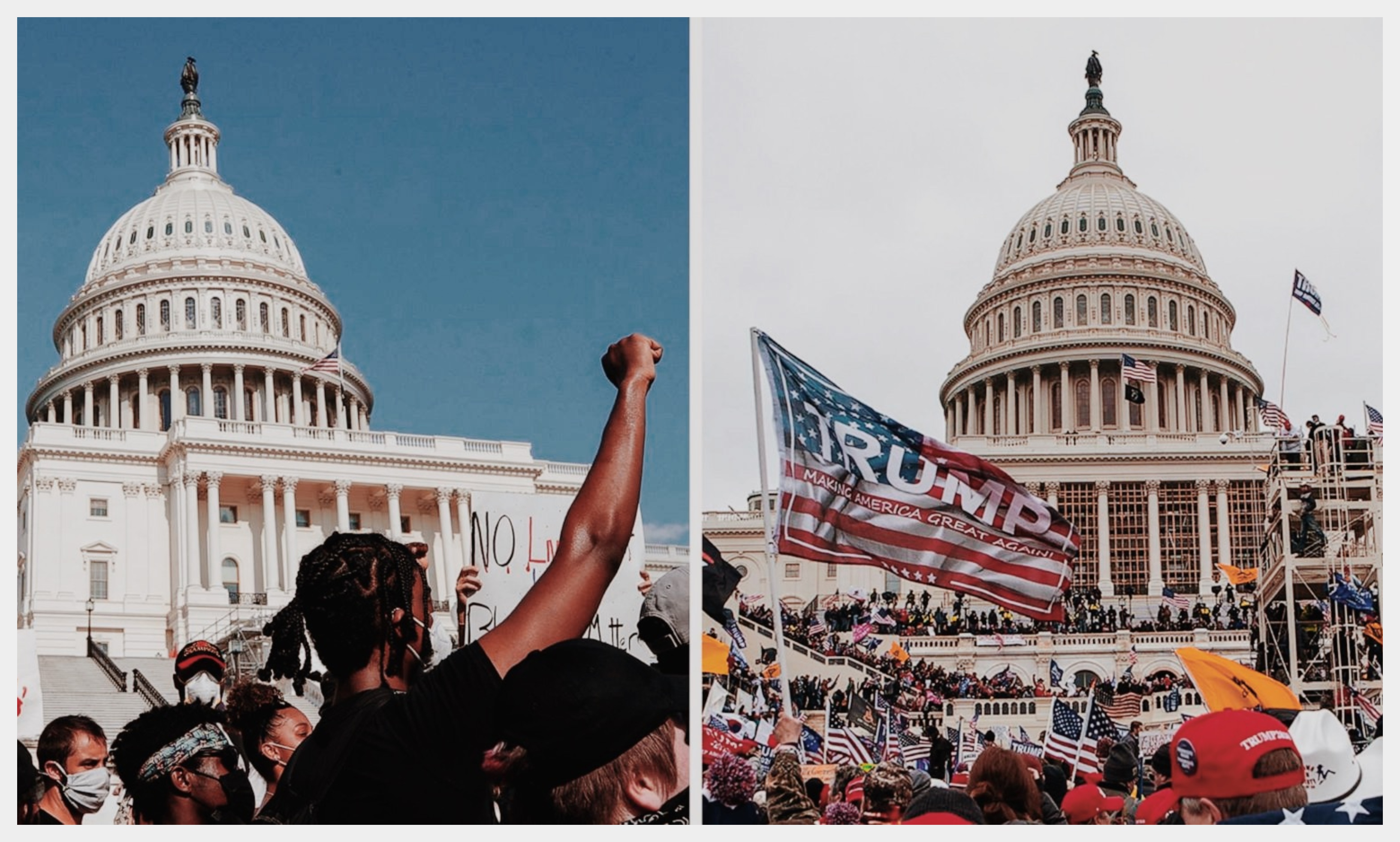 There’s still a lot going on in the world, and a lot of changes occurring in the U.S. specifically, but it feels calmer. In this post, I am going to be addressing false equivalence, what it is, why it matters, and some very important examples of it in recent history. This isn’t a new term, but as we live through examples of false equivalencies and face the effects of past ones, we need to keep it in our minds and discussions. I first heard about it this year, but after learning and reading about the specific, I’ve realized that it’s something we have all noticed but maybe didn’t place a term to. Especially after the comparisons between the BLM protests and the Capitol Riots, people are beginning to call out false equivalences and are starting to recognize more. I have included links and resources throughout for further reading, as well as all of my sources and recommended opinion pieces at the bottom. My past few articles have stayed on the unbiased and informational side, but this post is going to be a little different. That doesn’t mean that it isn’t trustworthy or accurate, but that you should approach this article differently.

what does “false equivalence mean”? To directly quote Forbes, “False equivalence is a type of cognitive bias or flawed reasoning style. False equivalency means that you think (or are told) two things should have equal weight in your decision-making”. A lot of the time this means considering two things equally good or equally bad when they are not. An example of this would be weighing a fact and a lie as equally important in forming your opinion. Or comparing tax fraud to human rights abuses. The actual term has a lot to do with logic and reasoning, but it is becoming an increasingly relevant term in politics as it’s used as a rhetorical device meant to persuade and maybe even dupe. Before you begin to read, keep in mind that some of this post might be subjective and are different than recent articles, but that doesn’t mean the term or the reality of false equivalence isn’t real.

Hillary Clinton and Donald Trump. One of the biggest examples of false equivalence and its danger is Hillary Clinton and Donald Trump. I’m talking about when Hillary Clinton’s email “scandal” was equated with all of Trump’s offenses, which was then used as justification to not vote for her or see them both as evil.  Click here for a more blunt article about what her “scandal” was and here is a neutral article. The false equivalence of her emails to Trump’s relationship with Russia, racist comments, sexual harassment cases (and confessions,), etc. is a large part of why we all had to suffer through the last four years. Not only is it frustrating that this false equivalence and rhetoric “worked”, but that Trump and some conservatives continued to do so unchecked.

climate change. Climate change is another example of how false equivalence has major and debilitating ramifications. This lies between the dynamic between the very small group of “non-credible scientists” saying that climate change isn’t real and the rest of the world AND scientists AND experts who affirm that it is real. For a more in-depth analysis and explanation, I recommend reading this article.

BLM and the Capitol Riots. This is the main example I want to discuss, and what primarily pushed me to write this article. You can click here for my overview of the Capitol riots, which also includes resources and other guides to navigating the events. Many responses to and “observations” surrounding the riots were false equivalences, comparing and equating the Black Lives Matter Protesters to the Rioters. Many of these false equivalences have been said by lawmakers and conservative congress members. More specifically, the violence in DC was being compared to the random and scattered acts of looting and vandalism that took place during the Black Lives Matter Protest over the summer. First of all, rioting and looting are never okay, and the few acts of that during the summer do not (and should not) define the BLM movement. However, what happened during the summer and what happened on January 6th are not the same thing, on several levels. The first main difference is that while the BLM protesters were speaking out against police brutality against black Americans and men, the DC rioters were trying to break down democracy and threaten to kill several high-ranking officials, including the Vice President. The capitol riots were incited by the President and other powerful government officials. Their violence was met with minimal law enforcement and minimal critique from government leaders, and it took all day for them to face push back (I don’t even want to talk about the officers that took selfies with them). During the BLM protests, peaceful protesters faced tear gas and extreme violence from that national guard and police officers, all while advocating for constructive policy reform. By equating these two events, people are not only trying to “justify” or lessen the awfulness of the riots, but they are trying to bring down the BLM movement and its cause. This article and this article gives a really good in-depth look into the false equivalences made regarding the BLM protests and insurrection.

why is this important to understand? Well, once you understand false equivalence, you can identify them. It’s very easy to believe them because it makes things seem much simpler, and when false equivalences are made by powerful people, they can seem credible. However, as individuals and global citizens, we need to make sure that we are promoting credible information and we need to continue advocating for the truth. The major takeaway here is that when you are faced with false equivalence, take a moment to do some research and educate yourself to see what is true.

False Equivalency between BLM and the Capitol Siege – ABC News

The Danger of False Equivalence – Bustle

The Scientific Debate that Wasn’t – One Green Planet

One thought on “lets talk about false equivalences”